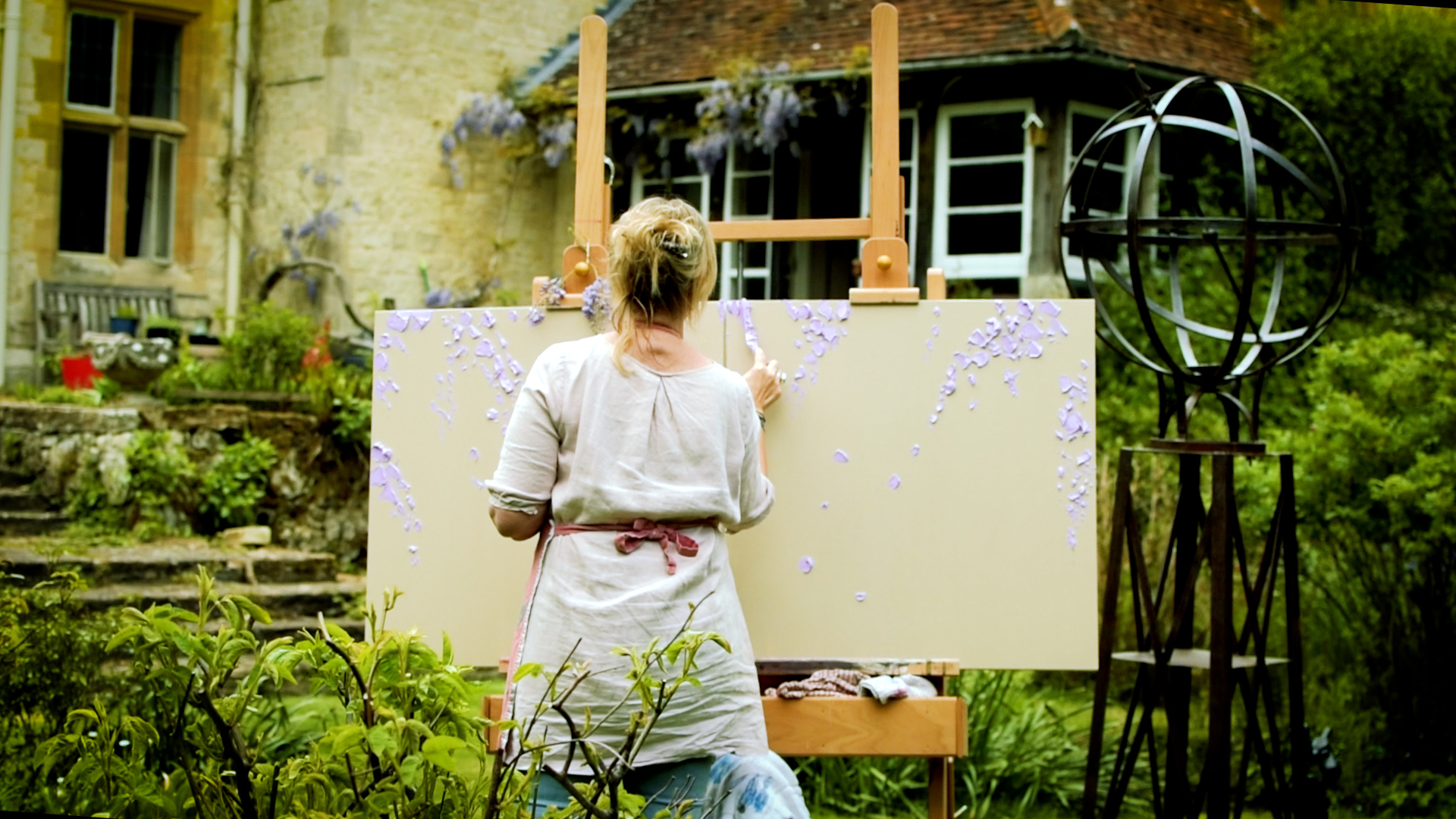 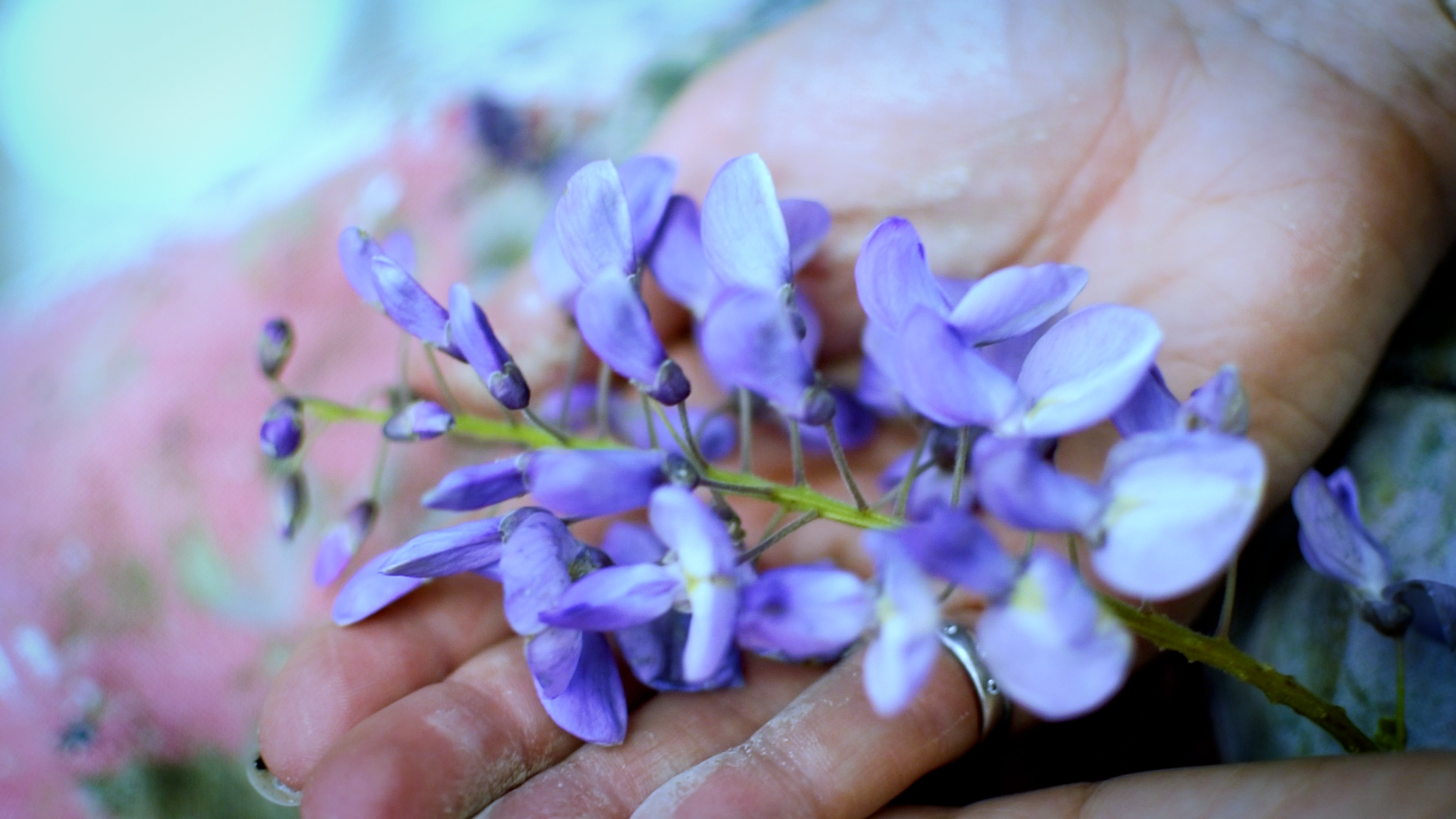 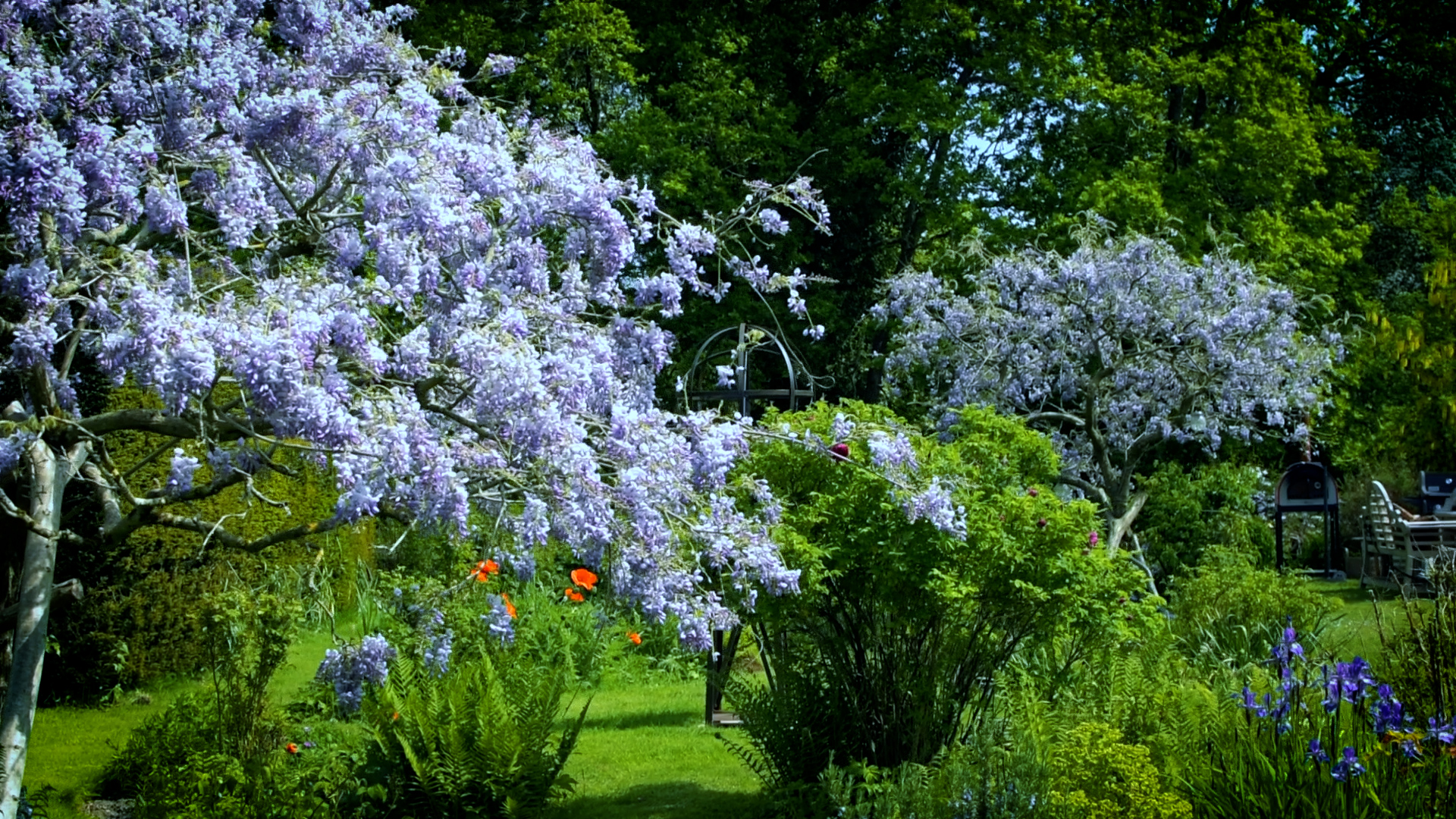 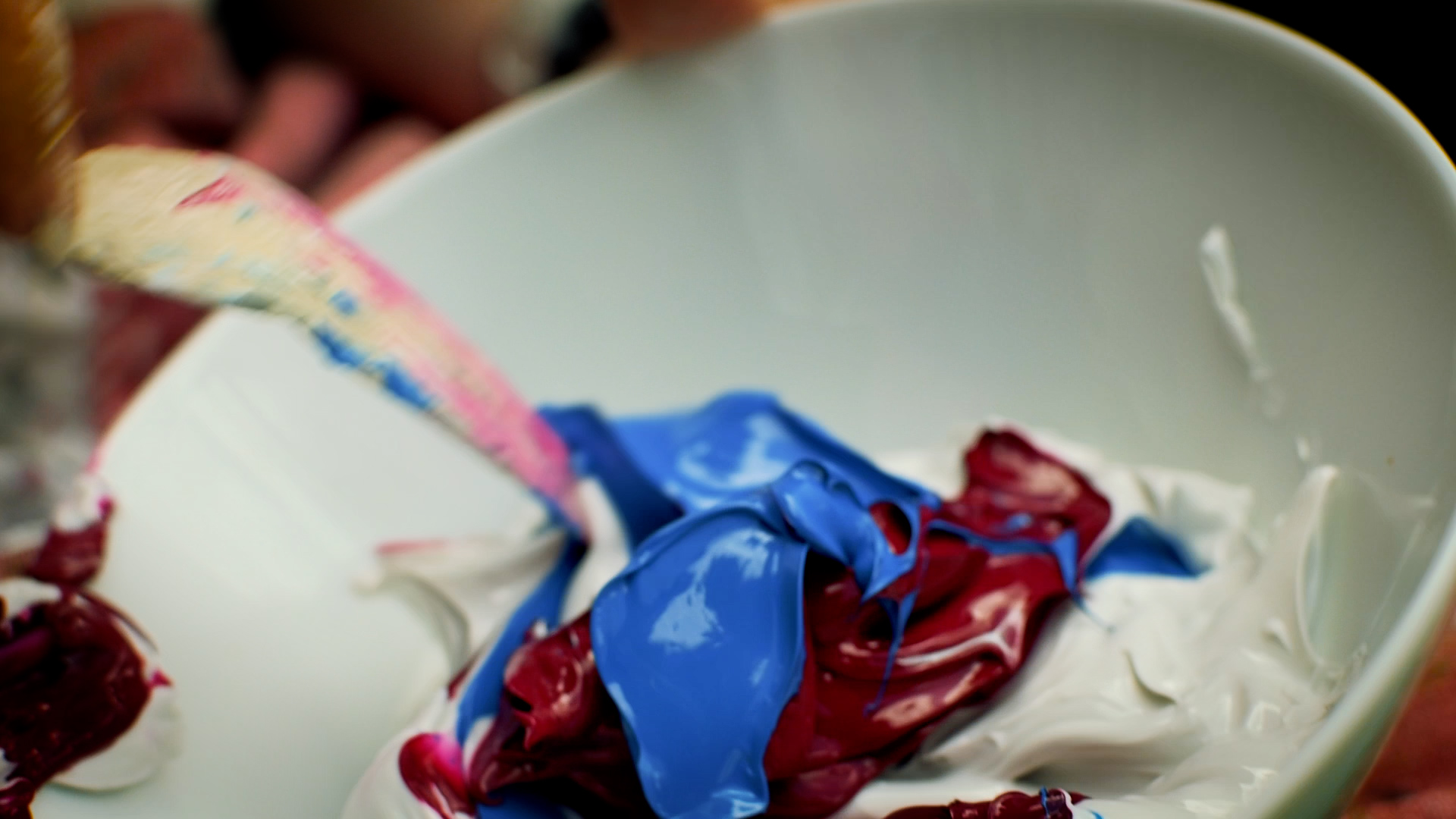 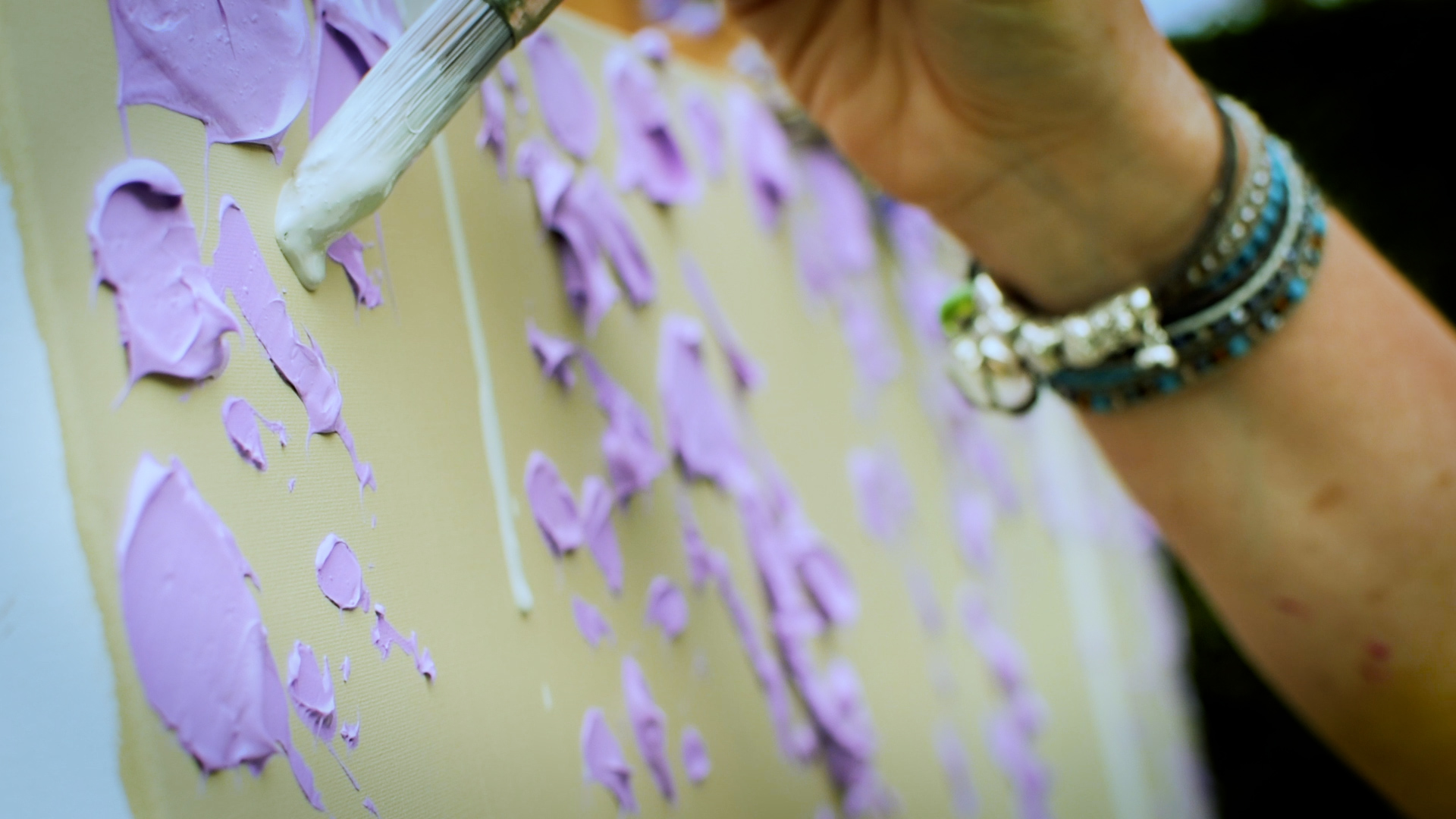 Rachel Redfern is a contemporary fine artist, based in Haslemere, Surrey.

Video is increasingly a part of how Rachel presents her work. She approached me to make a film about the inspiration behind her paintings of the Wisteria outside her home. The property is a major Grade II listed country mansion built in 1861 for a local landowner and designed by the eminent Victorian architect Teulon in a “Cotswold-style”.  In 1980 the house was converted into five large courts, each with its own garden. The gardens are said to have been designed by Gertrude Jekyll.

The underlying theme was about connections and I wanted to the film to show the inspiration behind the paintings:

“Being connected to your own garden through paint is such a joy, and it’s about connecting to the people who have invested love in planting. These two Wisteria tress epitomise all of that, They were planted from a parent plant but now as cuttings they are fifty years old. They sit side by side, their roots aren’t intertwined but their life has been.”

The Wisteria in her garden are just stunning, I was mesmerised by the wisteria flowers, shooting them from below and catching them swaying in the breeze.

To create this film, I spent time with Rachel, finding out what inspires her to paint. She took me on a journey into her world. We started with a walk around her amazing gardens so I could immerse myself in her creative process. I wanted to include some close-up action paint shots. I love watching her paint and how she mixes colours together.

It was a joy to film and spend time with Rachel. I really enjoyed interviewing her for the audio that accompanies the film. The timing and weather were on our side and we managed to shoot the footage and record the audio in just two days, then a further three days in the edit.

I created a two-minute film for Rachel to use on her website and social media. I also captured some stills that she has used on social media.

I keep watching it … beautiful x. A joyful reminder of why and how I paint.

Rachel has received some lovely comments on social media